We measure what matters to you

Operators often face questions and problems, which can not be solved with existing data. To address these needs, we develop customized solutions that range from the design of the measurement setup to construction and installation of the facilities, data processing and evaluation of results. We develop our measurement concepts according to scientific standards; including an external assessment of the outcomes (peer review concept). Apart from providing our clients with detailed results and data, we strive to publish selected findings in scientific journals, especially if the measurement activities are funded by public authorities.

Everyone opens a refrigerator door differently

Door openings of refrigeration units have a negative impact on energy consumption, as heat and humidity enter the cooling cabinet. This aspect has not yet been considered in the development of refrigeration units as well as in control and monitoring systems.
On behalf of an operator, ChillServices analyzed a total of 32,000 door openings over a period of two months and collected data on opening time, opening duration, opening angle and opening and closing speed.

The data were gathered using gyro sensors, that have been installed on the doors. The data were sent to an online database via Bluetooth-based data loggers. To obtain a meaningful analysis, all data was linked to existing contextual data, such as cabin content and cabin type.

The results revealed significant deviations between actual opening cycles and industry standards (e.g. DIN EN ISO 23953). Moreover, differences regarding product group, time of day and weekday were documented. Using CFD models and laboratory tests, this data allowed to reliably calculate and predict the ingress of moisture into the cooling cabinet.

Even a closed refrigerator is not airtight

Door gaps are a permanent cause for warm and humid air penetrating the refrigerator. Precise information on air mass flows entering through door gaps is neither available from the manufacturers, nor are supermarket operators in possession of datasets which would allow them to evaluate different door systems.

On behalf of an operator, ChillServices measured the amount of moisture produced inside various refrigeration units. Using pumps and flow sensors, condensate was collected and measured in an active store over a period of six months.

To determine the effect of partial seals, door gaps were temporarily sealed (on weekends), while magnet-based contact sensors allowed to further investigate the impact of door openings on condensate levels.

The results clearly indicate the impact of door gaps on the energetic behavior and enable to identify the most effective ways to save energy.

Science for practical use

ChillServices has extensive know-how in the areas of Computational Fluid Dynamics (CFD) modeling, energy balancing, development and adaptation of measurement technology as well as designing, 3D printing and injection molding of necessary instruments.

ChillServices also developed state-of-the-art data systems and interfaces to collect and analyze data in a reliable, fast, and secure manner.

Request an offer
ChillServices focuses on innovations with climate impact; the company has been supported by: 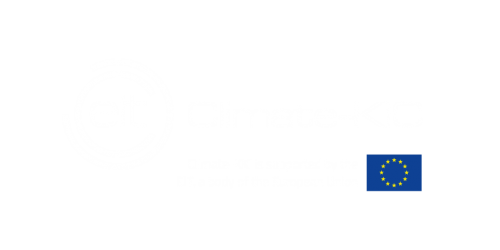 This website uses cookies to improve your experience while you navigate through the website. Out of these cookies, the cookies that are categorized as necessary are stored on your browser as they are essential for the working of basic functionalities of the website. We also use third-party cookies that help us analyze and understand how you use this website. These cookies will be stored in your browser only with your consent. You also have the option to opt-out of these cookies.
Read MoreCookie settings
REJECTACCEPT
Manage consent

We use cookies to improve user experience. Out of these cookies, the cookies that are categorized as necessary are stored on your browser as they are essential for the working of basic functionalities of the website. We also use third-party cookies that help us analyze and understand how you use this website. These cookies will be stored in your browser only with your consent. You also have the option to opt-out of these cookies.
Necessary Always Enabled
Necessary cookies are strictly required for the proper functioning of the website. This category includes only cookies that ensure basic functionality and security features of the website. These cookies do not store any personal information.
Functional
Functional cookies help to perform certain functionalities like sharing the content of the website on social media platforms, collect feedbacks, and other third-party features.
Analytics
Analytical cookies are used to understand how visitors interact with the website. These cookies help provide information on metrics the number of visitors, bounce rate, traffic source, etc.
Others
Other uncategorized cookies are those that are being analyzed and have not been classified into a category as yet.
Save & Accept
Powered by